Last month, I had the chance to connect with writer/creator James Jones about his amazing project “We Are Familia”.   As a writer myself, I was really excited to connect with the creator of the show and get his insight, inspiration and story.

What is “WE ARE FAMILIA”?

In the style of A Different World and East Los High, “We are Familia” details the untold story of Latino students at historically Black colleges.  One of the few television shows featuring the stories of Black Latino characters, “We are Familia” is set to expand our thoughts on race, ethnicity and culture. 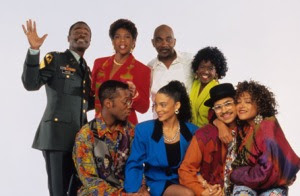 Besides Romeo from The Steve Harvey Show, I don’t remember seeing many Afro-Latino characters on my television screen growing up. 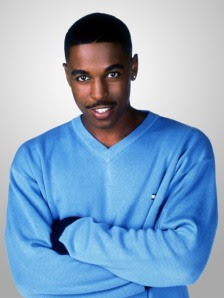 “When a Historically Black College gives scholarships to twenty incoming Latino freshmen, the campus falls into a cultural uproar, as the African American and Latino students struggle to coexist. The campus is further disrupted when a Latino student of Afro descent is awarded a scholarship, which in turn challenges everyone’s thoughts on race, ethnicity, and culture. In the end, the students learn that what unites them is stronger than what separates them and that “family” extends past all color lines and language barriers.”  (Synopsis from the blackbalancemedia.com website)
Check out the video of a Latino student at an HBCU sharing his story.

Talking with Writer James Jones, I was curious about his inspiration for the show.  He wanted to explore the side of HBCUs that had not been touched on media.  Jones brought out the example of A Different World and how there were characters of Latino descent.  That got him thinking: What about the stories of Latino characters in this space? It’s an important question as we explore the relations between Latino/Black/Afro-Latino communities.

James Jones’s learned about the diaspora by chance in his ROTC group in grade school.  He noticed certain students were being promoted to superior cadet and which according to Jones “largely had to do with them being bilingual”.  One student who received the scholarship  that Jones had known for many years was a Black young woman with the last name “McDonald”.  Jones was surprised to learn that she was Panamanian and there was a community of students who identified as both Black and Latino in his school.

It’s obvious why a television show like this is needed.  Jones noted that images of Latinidad on television very seldom include Black people.  I agree and by supporting this show we can place more of the stories that matter on screen.  Let’s be real.  The images that we see on screen provide knowledge about the world and projects like this reflect diverse experiences.  I am stoked to see this take fold!

Jones gave some great advice about writing for film and getting your work out there!

2. Keep a blog because you never know who is looking at you.

3. Submit to agents! Name Recognition is your friend. The more they see your name, the more likely they are to look at your work.

4. Take a writing class!  You don’t need to get a degree in Film but you do need to hone your craft.

6. Work on multiple projects.  If you submit something have another project that you are working on!

Check out this Social Media Skit by the We Are Familia Supporters!

This hilarious skit was created by supporters of the show for the social media fundraising campaign.  Although it is not a preview for the show, it diffidently gets me pumped for “We are Familia”.

This skit reminded me of my experience growing up in Houston, Texas.  In a few minutes, they touch on key issues between Black and Brown communities like who owns certain hairstyles, intercultural dating and diversity within communities.  I liked the line “I’m China Latina” because not many people know about Latino communities of Asian descent. It’s awesome how a cute, funny and short skit can share a story in a creative way!

Check out the gofundme page and contribute to the making this show happen!  More info on: http://www.gofundme.com/wearefamilia

I would like to thank James Jones for talking with Black Girl, Latin World and offering advice on the film industry.  I know we will see this project on screen soon!